Fin-de-siècle Vienna witnessed a resurgence of interest in genius as an ideal of exceptional, transformative creative power. Reform movements of all kinds took it up to express their aspirations and dissatisfaction with the status quo, combining Modernist concerns with the existing topoi of Sturm und Drang or Romantic genius. For women seeking to establish themselves as authors at the fin de siècle, genius constituted both a promise and a threat. It stood for the overthrowing of convention and for untrammelled self-expression, but came heavily laden with masculinist assumptions and traditions. The lecture will survey the history of the concept and examine the negotiations with genius conducted in the writing of women seeking emancipation in various forms: Grete Meisel-Hess, Rosa Mayreder, Elsa Asenijeff, Helene Druskowitz and Maria Janitschek.

Deborah Holmes is Assistant Professor in Modern German Literature at the University of Salzburg and a recent Sylvia Naish Visiting Fellow at the IMLR. She is writing a book on figurations and concepts of genius in the long 19th century, with a special focus on the theories of creativity developed by women’s movements in fin-de-siècle Vienna. As researcher at the Ludwig Boltzmann Institute in Vienna, she completed a study on the pedagogue, philanthropist and journalist Eugenie Schwarzwald entitled Langeweile ist Gift. Das Leben der Eugenie Schwarzwald. She has held research fellowships at the Queen’s College, Oxford, the Internationales Forschungszentrum Kulturwissenschaften in Vienna, and the University of Munich (as Theodor Heuss Fellow of the Alexander von Humboldt Foundation). Since 2014, she has been general editor of the MHRA Yearbook Austrian Studies.

The lecture will be held in person at Senate House. Attendance is free, but online advance registration is essential. 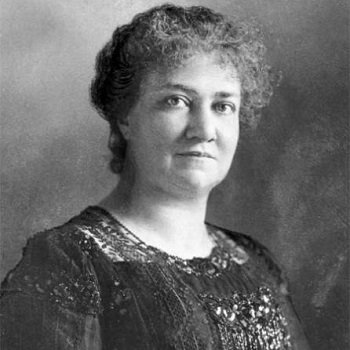