On the occassion of the centinery of H.C. Artmann's birth (12 June 1921– 4 December 2000) our CineClub is pleased to screen this very unique cinematic tribute to the great Austrian writer and poet.

Whoever fails to take a writer at his word will never be able to truly understand him. der wackelatlas, a final portrait of H.C. Artmann, gives evidence of this knowledge: Language is omnipresent from the introduction to the epilog; it gives the story its pulse and its lines. H.C. Artmann in his apartment in Vienna, the fall of 2000 – though his voice was raspy and he trembled slightly, he was talkative and his wit was still intact. The blue of his eyes sparkled and he talked about memory, smells and music. This film´s abrupt leaps and jumps all involve ideas and language, which makes the calmness of its gaze possible.

Please sign up for this event on our website before 3pm on the day of screening and you will receive a link with a password via e-mail which will be valid until midnight. 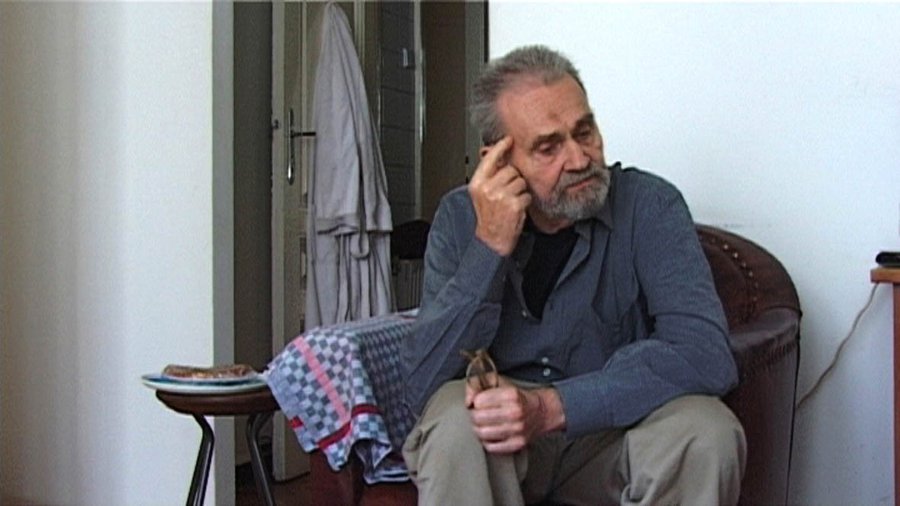