CineClub: The Farmer and the Hipster

CineClub: The Farmer and the Hipster

**We are pleased to announce the rescheduled screening of this film!

The compelling and heart warming story of a social media feud between a farmer and a journalist that results in a real-world encounter and friendship!

The story begins whith the Facebook feud between mountain farmer Christian Bachler and the eloquent journalist and Falter editor-in-chief Florian Klenk. When Klenk praises a judgement in which a farmer is sentenced for the dangerous behaviour of his cows. In response Bachler calls him an "arrogant bobo-in-chief"! He accuses the bobo (an Austrian slang word for a Viennese bouji hipster) of ignoring the difficult situation many farmers and agricultural workers in Austria (and around the world) face! "Get off your bobo steed and come for a practical training" he challenges him.

Klenk comes to the farm and gets to know Bachler's world. The fierce argument turns into a friendship.

Bachler is known as a rebel: his anti establishment social media posts have 30,000 followers on Facebook alone. He runs an alternative farm in the styrian mountains with cows, alpine pigs, yaks, geese and chicken, a kind of alpine Bullerbü.  At the age of 20, Bachler had to take over the farm. Initially EU subsidies helped him switch to sustainable When the price in milk collapsed he was left with debts - despite the switch to alternative / sustainable farming.

When Klenk learns that the bank wants to auction off the farm to clear the debtts, the journalist takes to social media rather than the pen! He crowd funds 420,000 Euros within two days. Bachler is suddenly debt-free.

Eager to continue the dialogue Klenk does an internship with the farmer and discovers his own past. The farmer comes to Vienna for an internship at the magazine "Falter" and gets to know the eating and thinking culture of the Bobos.

A modern fairy tale with a sequel: Klenk researches with his characteristic verve about the pig industry and the EU's agricultural policy.  Bachler tries to find the Bobos in Vienna, who are supposed to become customers of his products. He seeks partners among the farmers who, like him, find hardly any economic basis when they produce close to nature. 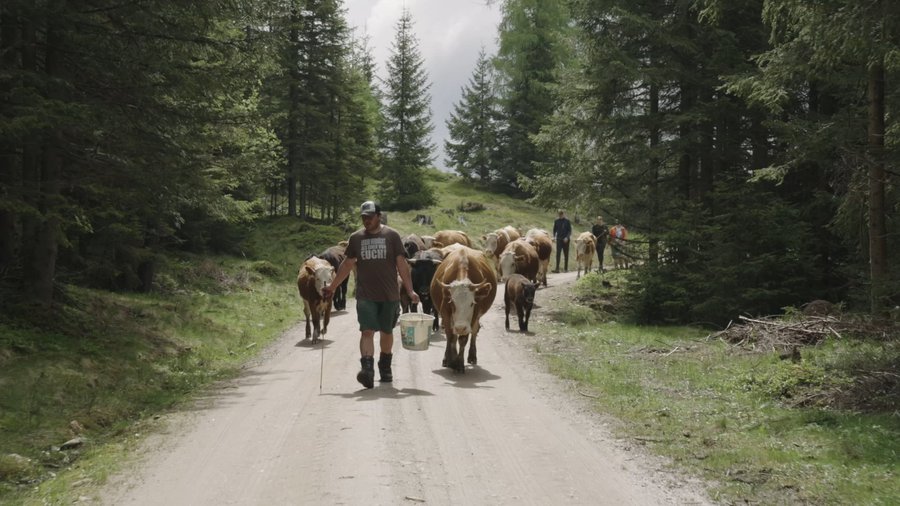