At the age of almost 100, Georg Stefan Troller speaks about how his approach as a filmmaker was shaped by his own experiences. Fascinating portrait of a documentary film legend.

Georg Stefan Troller, born in Vienna on 10 December 1921, worked for many decades as a documentarian, writer, television journalist, screenwriter and director. Aside from his brief visits to his native city, Vienna lost the "poet of the documentary" in 1938. His emigration to the United States and his return to Europe as a U.S. soldier during World War II led him, after years of study in the U.S., to the city of Paris, where he has lived and worked for decades, with an American passport and a view towards Vienna. The path he sought and found in his professions was "healing through others," as he calls it. He had lost himself through flight and displacement and found healing primarily through work, through photography and as a filmmaker. His "becoming human through others" is a central theme in his life, as is bearing witness for generations to come. It is in the sense of this radiance that his life's work is to be understood and has an effect on his film audience. Due to his intensive work over decades, especially with German TV stations, a large number of documentaries are available, which for decades have been repeatedly presented to the public in cinemas. A small selection from this treasure trove of films is, among other things, the focus of this cinema documentary. 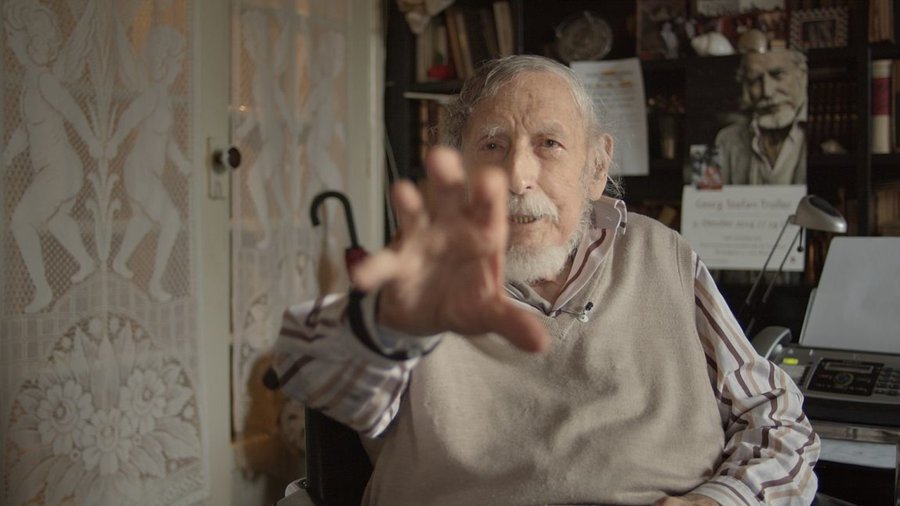