In the film an aging doorman, played by Emil Jannings, is forced to face the scorn of his friends, neighbors and society after being fired from his prestigious job at a luxurious hotel. The film is a cinematic example of the Kammerspielfilm or "chamber-drama" genre, which follows the style of short, sparse plays of lower middle-class life that emphasized the psychology of the characters rather than the sets and action. The genre tried to avoid the intertitles (title cards) of spoken dialogue or description that characterize most silent films, in the belief that the visuals themselves should carry most of the meaning.

Carl Mayer, an unsung hero of the film history who was born in 1894 in Graz/Austria and died 1944 in London. Exclusively a screenwriter, he never composed a single volume of prose or poetry, Mayer's individual stamp on the films he worked on, is maybe as profound as the mark the directors left on them. Mayer's extensive body of work includes further masterpieces such as The Cabinet of Dr. Caligari and The Last Laugh.

*A film from the holdings of the Friedrich-Wilhelm-Murnau-Stiftung (www.murnau-stiftung.de) in Wiesbaden 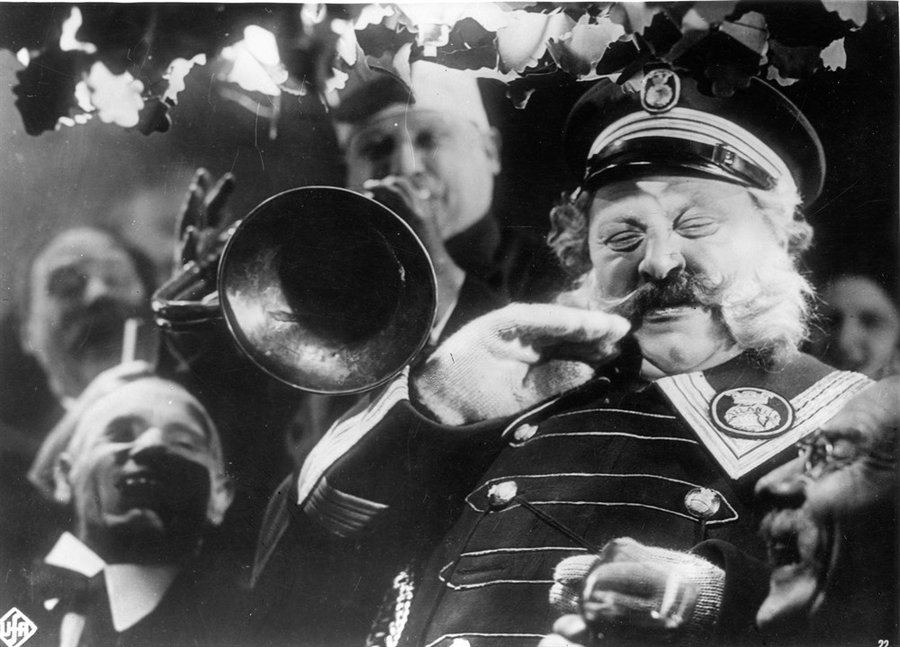